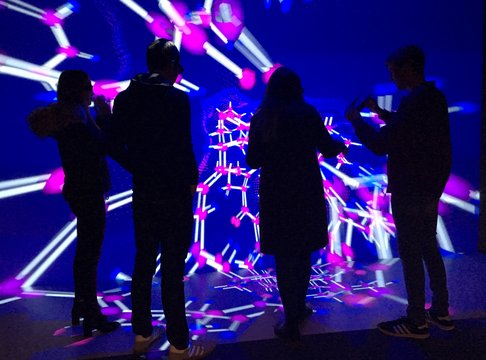 Nominated in the very sought after category for Best Undergraduate Student Recruitment Initiative, Ron Dearing UTC is the first ever University Technical College to be recognised in the national Heist Awards, alongside top universities in the country.

The Heist Awards, which are in their 27th year, celebrate extraordinary marketing in the education sector, from colleges to internationally renowned universities. Previous winners have included the University of Gloucestershire and University of Reading.

We’re absolutely delighted to be recognised in these awards before our doors have even opened. We know we’ve got a unique and exciting proposition for students and we worked closely with Sowdens to reach the right type of young people who would be interested in joining us.

An inventive and engaging campaign across digital, print and social media encouraged students to sign up to their interactive open events, which resulted in them being fully booked.

The marketing campaign needed a creative approach to quickly capture the imagination of students and parents. No building, no staff, no proven track record and with some UTCs failing nationally was a challenging brief.We needed to stand out and our concept #GetTheEdge campaign did just that – resulting in being 33% over subscribed within five months. By January 2017, five months after admissions opened, we’d received 320 applications against our original target of 150.

These esteemed awards are considered to be the Oscars of education marketing. We’re delighted to be listed amongst some of the UK’s leading Universities.