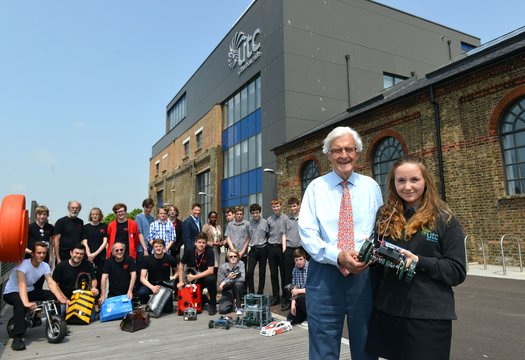 Following the recent media attention around UTCs, Lord Baker, Chairman, Baker Dearing Educational Trust, wrote an article for The Telegraph which was published on 17 February 2017.

Lord Baker covers a number of areas and highlights some of the successes of the UTC model including:

I am very proud of UTCs outstanding destination data. Last year, across all UTCs, we had 1,292 leavers at 18, only five of whom became “NEETs” – not in education, employment and training. 44 per cent went to university (compared to a national average of 38 per cent), while 29 per cent became apprentices (the national average is 8.4 per cent). While the unemployment rate for 18-year-olds is 11.5 per cent, for graduates of UTCs it is 0.5 per cent.

The Second Sea Lord, Vice Admiral Jonathan Woodcock, is quoted in the piece and says:

UTCs are essential and we support them, as they provide engineers and technicians which the Royal Navy needs.